by Caroline Douglas, LEC Board of Trustees

On Wednesday I had my anatomy ultrasound. The baby is healthy and growing normally, with a heart rate of 146 bpm and weighing more than a pound! 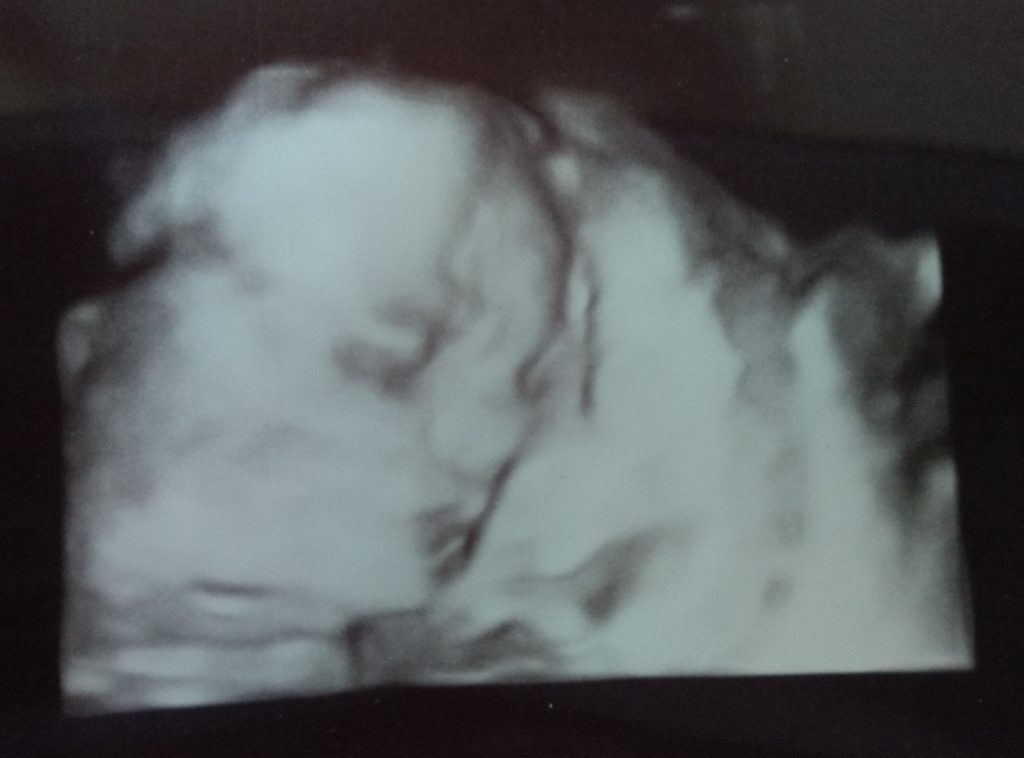 And we found out our baby’s gender!

Our son will have a little brother! We’re so excited for this new addition to our family.

This little guy is STRONG. He’s almost 22 weeks now, and his kicks are almost painful! It’s amazing how alive and strong he is even though we are only halfway through the pregnancy. 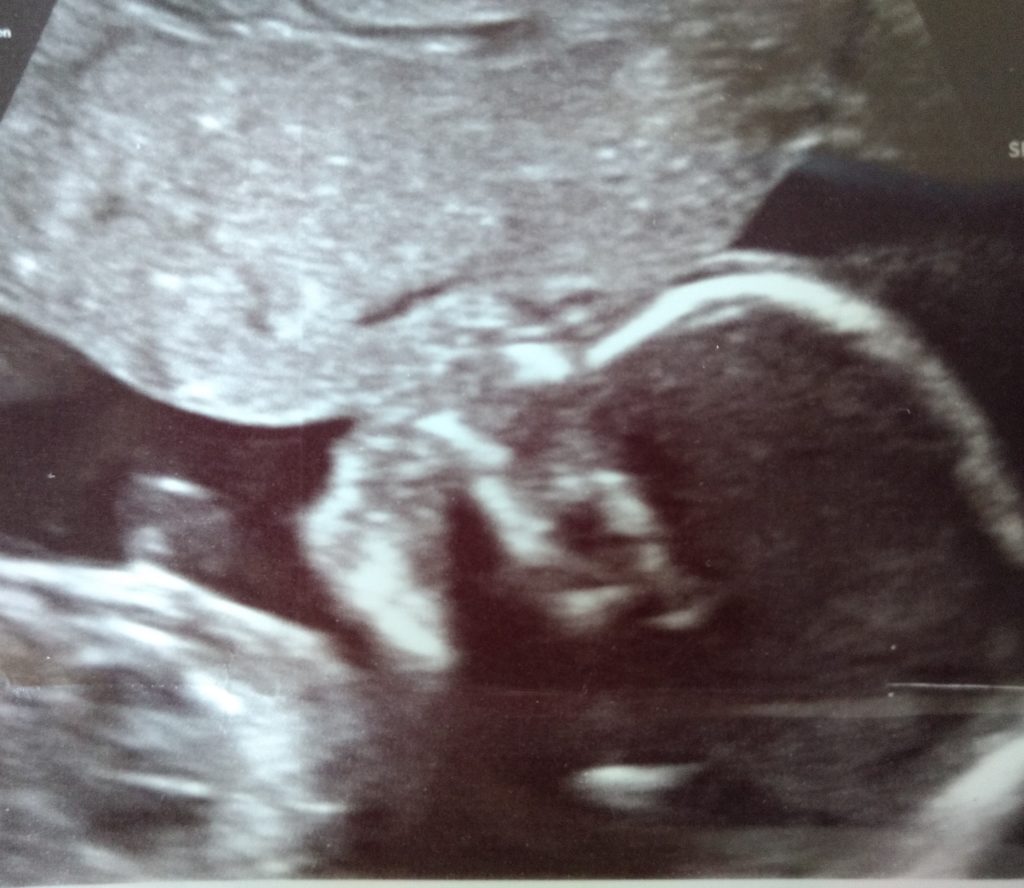 And I’m finally showing now! Only a little more than four months to go! We’re so excited for this new addition to our family. 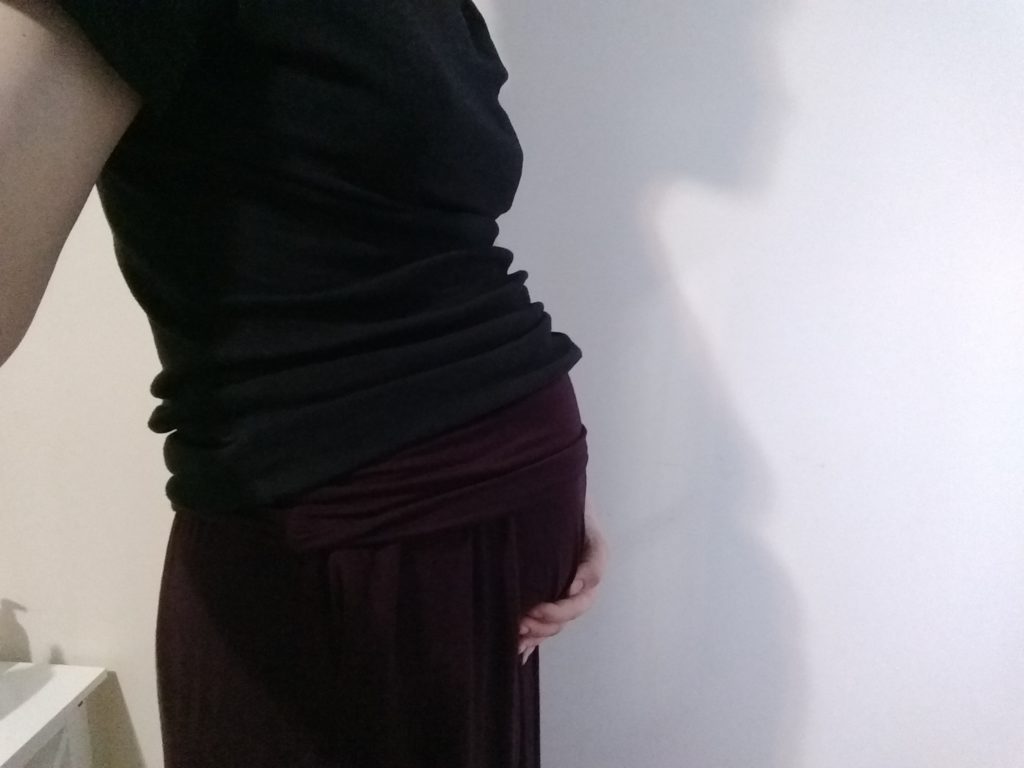 Americans are not happy about it, according to a new Gallup poll (Jan. 2-15, 2020). “58% say they are dissatisfied with the nation’s policies on abortion, marking a seven-percentage-point increase from one year ago & a new high,” Gallup reported. Americans have generally been unhappy with our pro-abortion laws; that level of disapproval has increased as abortion activists have taken their radical activism to new heights (shout your abortion campaign, laws for abortions up to birth, forcing Americans to fund abortions & doctors to do them, or even defending infanticide).

Gallup has measured Americans’ abortion views since 2001 as part of its annual Mood of the Nation poll. Typically the Gallup poll has found most Americans oppose all or most abortions. In the past, Gallup found that roughly half oppose all or almost all abortions. It has “consistently” found over the years that a majority of Americans are pro-life. More people want stricter abortion laws & they’re upset because the laws are too supportive of abortion.

Gallup found 60% of Americans take a pro-life position on abortion wanting all (21%) or almost all (39%) abortions made illegal. That 60% figure is the highest percentage espousing a pro-life position since 2009 and a dramatic rise in pro-life attitudes since the 53% figure Gallup found in its poll last year. [Steve Ertelt, LifeNews.com, 1/22/20]

“I should feel okay. Everyone else does. I must not think about the abortion.”

Post-abortion reactions originate mainly from the problem of denial & suppression of feelings. Suppressing emotions is the basis of post-abortion trauma: the denial of the baby and denial of our feelings. Some women experience flashbacks of the abortion & dreams of the unborn child. Some experience intense psychological distress from people or things that remind them of the abortion, such as seeing pregnant women or passing an abortion clinic. Intense grieving and depression may occur on the anniversary dates of the abortion or the child’s projected due date. Others try to avoid activities, situations, or information that might cause a remembrance of the abortion. Some women suffer from an inability to have loving or tender feelings. Most conscious or unconscious coping mechanisms produce additional pain and problems. 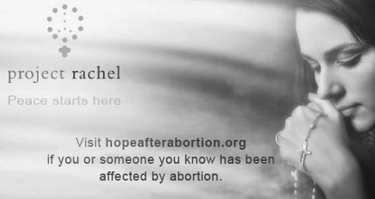 Project Rachel began over fifteen years ago for women, men & families who have been affected by abortion. Not only does the Church speak the truth about abortion to men & women contemplating this action, but it is also a place of healing: “If you have had an abortion, God’s mercy is great enough to forgive that, too.” Jesus offers forgiveness & healing: the hope and promise of resurrection and reunion with the child who is waiting for his parents in heaven.

People who call Project Rachel are offered referrals to professional counselors or to priests specially trained for guidance and the Sacrament of Reconciliation. But basically everyone in the Church is a part of Project Rachel. Everyone is a part of the healing ministry of Christ. You may know someone who has had an abortion. You never accuse or confront. A simple word that will touch their hearts and release them from fear and isolation can begin the healing process. [Sr. Paula Vandegaer, “After the Abortion,” hopeafterabortion.com]

Coming to terms with the fact that I was a professional mass murderer was devasta- ting, but it forced me to speak the truth. I began my medical career believing the modern clichés that women must have total control over our bodies, that it’s irresponsible to bring unwanted children into an overpopulated world. When faced with my own unwanted pregnancy before entering medical school, I chose abortion.

When I got my medical license in Florida in 1978, I moonlighted as an abortionist on the weekends, making more money than I would have made working in the emergency room. I was amazed by the perfect little fingers & toes but treated fetal remains like any other medical specimen, with no emotion. The only time I questioned my line of work was during my neonatal rotation, when I realized I was trying to save babies in the neonatal intensive care unit who were the same age as some of the babies I was aborting. 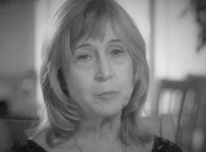 A mother of four who felt she just couldn’t manage another child brought me to tears. She wept before, during and after the procedure. It was the grief of a woman who knew the moral gravity of what she was doing that ended my abortion career. I stopped doing abortions yet remained pro- choice. But I saw in my OB-GYN practice young girls flourish who had chosen not to abort, & older, more educated patients who had aborted struggle psychologically. Gradually, I began to see the feminist view that abortion empowers women as increasingly flimsy.

I now give expert testimony on the realities of abortion, like the testimonies the Supreme Court will soon consider in the case of June Medical Services LLC v. Gee. For years, many abortion clinics have gotten away with shoddy practices that no surgery center would be likely to get away with. This is surely because abortion workers, legislators and law enforcement fear that they will be accused of restricting access to abortion if they hold abortion clinics accountable. Abortionists should be required to have local hospital admitting privileges. Many physicians on staff at ambulatory surgical centers are required to have hospital privileges to ensure that patient care is not compromised in the event of a complication.

I was pro-choice for decades. I performed abortions & had an abortion. I understand in a deep and personal way where the fault lines of disagreement over abortion in America lie. But can’t we at least all agree on the importance of safety in the abortion industry? [Dr. Kathi Aultman, member of the American Association of Pro-Life Obstetricians & Gynecologists, LifeNews.com, 1/22/20]

We Hope the President Will Respect All Humans

History was made on Jan. 24 by the first sitting president ever to address in person the crowd gathered on the National Mall for the March for Life. [Editor’s note: an estimate of more than 400,000 people participated in the March for Life.]

Though there was a definite political upside for the president’s appearance, we would be remiss if we didn’t set politics aside and say: To hear the president declare on national TV, without compromise or condition, that the life of every child is sacred was a gift for beleaguered pro-lifers who have dedicated their lives to proclaiming that essential truth within a generally hostile culture.

“All of us here today understand an eternal truth: Every child is a precious and sacred gift from God,” said Pres. Trump. ”Together we must protect, cherish and defend the dignity and the sanctity of every human life. He thanked women for their leadership in the pro-life movement for doing everything from providing mothers in need with housing, medical care, education and jobs to hosting baby showers. And he singled out mothers as “heroes.”

Prayer Petition: “May all who support or participate in abortion experience a conversion of heart to seek and receive the Lord’s boundless mercy.” US Catholic Bishops’ Pro-Life Secretariat

Unwanted Children Even 600 Years Ago 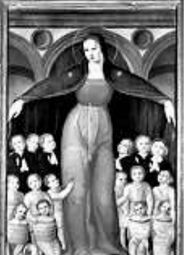 Starting around the early 1400s in Florence, Italy, hundreds of thousands of children were abandoned. The Innocenti Institute was found in 1446 as a hospital and orphanage for abandoned children, most of whom were girls. Some of these babies were born out of wedlock, or they were the result of wealthy men impregnating servants so they could eventually become wet nurses for their own children. The Institute named each of the children they took in and gave them Florentine citizenship. Over the centuries, untold numbers of children have not had the same good fortune. The Innocenti Institute offered life when death was the alternative.

Much of this history is presented in“The Innocents of Florence,” a new documentary that recently opened in Florence to large audiences and wide praise. Produced in both English and Italian, distribution in the U.S. currently is being negotiated. [Italian Tribune, 12/19/19]

This free monthly newsletter is used by dozens of churches as a single-sheet bulletin insert, & posted on four diocesan websites. To receive your free copy, email editor Frank Tinari at tinarifr@shu.edu