So said Archbishop Joseph Naumann in commenting on a new policy of the National Institute of Health: “We commend the Administration for taking action to move our tax dollars away from research using body parts of aborted babies and toward ethical alternatives. Scavenging and commodifying the body parts of aborted victims for use in research gravely disrespects the bodies of these innocent human beings. Their remains deserve the same respect as that of any other person. Researchers have demonstrated the ability to pursue excellence in medical research without collaborating with the abortion industry to further victimize aborted babies.”

Dr. Marie Hilliard of the Catholic Medial Association’s Ethics Committee said: “The new policy clearly indicates the growing public awareness that from the moment of conception the unborn child is a human being who has the right to be respected and protected.” [Richard A Sokerka editorial, The Beacon, Paterson NJ Diocese, 6/27/19]

“There’s a fear of divorce looming large in people’s minds,” says Wendy D. Manning, co- director of Bowling Green’s Center for Family and Marriage Research. “They don’t want to make a mistake. They’re waiting longer to get married to divorce-proof their marriage.” Women married at an average age of 20 in 1963. In 2017, the average age was 27 for women, and 29 for men. This also explains why there has been a large increase in cohabitation, with 22 the average age. [Jo Craven McGinty, Wall Street Journal, 6/22/19]

According to research by the Pew Research Center, Catholics had one of the lowest incidences of divorce. The Gospel Coalition noted there is a somewhat significant difference between those who are actively practicing Catholics and those who consider themselves nominally Catholic. Nominal Catholics are 5% less likely to divorce than non-religious persons, while Catholics who are actively practicing in their parishes are 31% less likely to get divorced than non-religious persons. [Jennifer L. Betts, Divorce Statistics by Religion, DivorceLoveToKnow.com]

On May 28, singer-pianist Kodi Lee’s performance was met with a standing ovation & the elusive “golden buzzer.” Blind & autistic, his mother found out that he loved music at an early age: “Through music & performing, he was able to withstand living in this world because it’s really hard to do what everybody else does. It actually has saved his life playing music.”

Lee’s story affirms the belief that all life is sacred, even those born with defects. His story should signal caution regarding prenatal screening. Such tests can help parents allay fears during pregnancies, but can also encourage pregnancy termination. 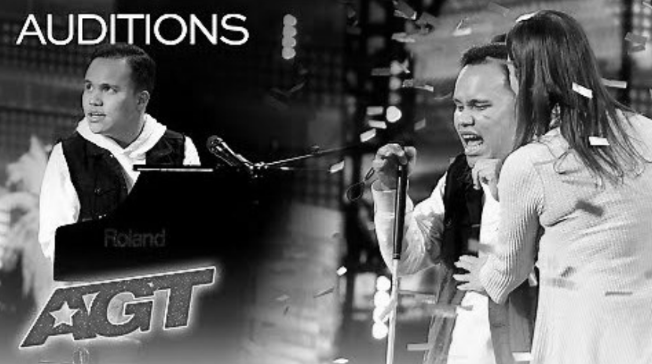 God, the author of life, can surprise us, as he did with Kodi Lee. Despite his “imperfect” development, Lee moved an audience to tears with his talent. How many Lees have lost their opportunity to do the same? [Sam Lucero, The Compass, Diocese of Green Bay, WI, 6/4/19]

A British appeals court overturned a lower court’s order that a mentally disabled woman undergo an abortion. The earlier ruling had prompted an outcry from the Roman Catholic Church and abortion opponents. The woman is in her 20s and 22 weeks pregnant had been diagnosed as having a moder- ately severe learning disorder and the mental age of a child. The woman’s mother said she would be willing to care for the baby. “To force abortion on any person is abhorrent and to do so in the name of medicine and in the complete defiance of the religious and cultural values of the mother calls into question the structures of law and justice in our society,” said John Deighan, of the Society for the Protection of Unborn Children. [Paul Hannon, Wall Street Journal, 6/2519]

Facebook banned pro-life ads ahead of an important abortion vote in Ireland last year, CEO Mark Zuckerberg admitted this summer. The Irish Post published new details about Zuckerberg’s admission this week after LifeNews and other conservative news outlets reported on his comments in June.

In May 2018, LifeNews reported how Facebook stopped running outside ads about abortion a few weeks before the Irish election on its pro-life Eighth Amendment that protected unborn babies’ right to life. Most of the ads that Facebook took down appeared to be from pro-life sources. Facebook leaders first said their decision to remove the ads was based on Irish election laws that prohibit political campaigns from accepting money from foreign donors.

“During that election leading up to that referendum, a bunch of pro-life American groups advertised … to try and influence public opinion there,” Zuckerberg said. “We went to the Irish and asked: ‘Well how do you want us to handle this? And their response at the time was: ‘We don’t currently have a law, so you need to make whatever decision you want to make,’” said Zuckerberg. “We ended up not allowing the ads.” But the Washington Examiner reported that the people who he consulted about the issue were Ireland’s pro-abortion political leaders. [Micaiah Bilger, LifeNews.com, 7/11/19]

Abortions have dropped over the last 15 years, but black women continue to have the highest abortion rate at 27.1 per 1,000 women compared with 10 per 1,000 for white women. (American Journal of Public Health) Polls show that 77% of African-Americans support at least some form of restriction on legal abortions. Both black and white Americans oppose abortion at similar rates.

Promoting policies that address some of the root causes of abortions by black women has become a favored approach, especially for those against abortion. From womb to tomb, they say, describing their concern for the full life span of black people.

The predominately black Church of God in Christ is building a $20 million pregnancy center in Memphis after several years of sponsoring an educational campaign on the impact of abortion on black communities and to encourage preventative actions like fostering or adopting children.

Boston’s Seymour Institute for Black Church & Policy Studies is planning a campaign this summer with billboards & ads in black media outlets & social media that speak out against abortion – and against capital punishment and mass incarceration. [John Eligon, “When Debate Pits Abortion vs. Black Lives,” NYT, 7/7/19] (Editor’s comment: the report does not mention the vast network of pregnancy help centers that serve everyone including a sizable portion of African-American women. Nor does it mention the efforts of Catholic Charities in minority neighborhoods.)

“Yes, these economic circumstances are real, they’re difficult, but nothing about an abortion improves a woman’s economic situation,” said Randall K. O’Bannon, education & research director, National Right to Life Educational Trust Fund. “You’re back where you were, except now you’re dealing with the heartache of having lost a child.” [Brian Fraga, Bridging the abortion divide with compassion, Our Sunday Visitor, 7/11/19]

The Cardinal Newman Society released a new edition of The Newman Guide to Catholic Colleges. The recommended colleges are committed to uniting faith & reason, striving to be faithfully Catholic and rejecting moral laxity that is typical of campus life.

At NewmanGuide.org, you’ll have the ability to sort colleges by major and activities. High school students can learn more about Newman Guide colleges by signing up for their Recruit Me program that allows students to be recruited by Newman Guide colleges, find tips on navigating the college search, and compete in the Newman Society’s $5,000 Essay Scholarship Contest.